Candida infections create health problems that affect 85% of all Americans, but most people think of Candida as thrush, an itchy rash or a vaginal yeast infection and not for the yeast overgrowth epidemic that is.

When you visit your doctor with your complaints chances are she/he won't recognize the symptoms of a Candida infection, but instead will diagnose you with some other health condition.

Candida overgrowth has become an epidemic, affecting millions of people, and not just limited to women but includes men, adolescence and babies.

The real danger of this health epidemic of Candida yeast overgrowth, is that it is being undiagnosed or misdiagnosed in most people.

And, should it get into the blood stream, a systemic infection begins; infecting the organs and tissues of the body. Common areas include the liver, stomach, lungs, bronchial region, sinuses and the brain.

This silent Candida infection epidemic in The United States is affecting one out of three people. This overgrowth of yeast is misdiagnosed by Western medicine because its symptoms mimic so many other health problems.

It should to be taken seriously because it is one of the most prevalent causes of deteriorating health physically and mentally of the 21st century.

Even though, Candida overgrowth mostly affects people living in The United States, it does affect people all across the globe; wherever antibiotics are used and processed foods are a mainstay.

A number of other factors that promote a Candida Infection are steroids, cortisone, prednisone, birth-control pills, estrogen replacement therapy these are the main causes of a Candida yeast infection, but a poor diet, chemotherapy, radiation, stress, and alcohol abuse also help fuel the Candida epidemic.

People living in The United States are affected more by this Candida Infection Epidemic simply because, antibiotics and steroids are overused, abused and over prescribed.

But people continue to take these drugs, destroying the good bacteria along with bad in the gastrointestinal tract, and antibiotics do not get rid of or affect Candida Albicans in any way, except promote a yeast overgrowth infection.

In fact, without the good bacteria like Lactobacillus acidophilus and Bifid bacteria present, Candida Albicans blooms, attacking your body. It only takes one dose of antibiotics in your lifetime to raise yeast levels in the body! Just think about how many times you have taken antibiotics throughout your life.

Even if, you think you have never been exposed to antibiotics, you need to rethink this; you consume dairy and animal products; not to mention our drug contained water supplies; they all have antibiotics, steroids and other drugs in them.

One of the most prevalent toxins produced by Candida Albicans is acetaldehyde. The liver transforms acetaldehyde into ethanol (alcohol), invoking the feeling of intoxication and brain fog; thus giving the symptoms of Alzheimer’s, ADHD disorder and other emotional and mental conditions.

What If Candida Overgrowth isn't Eliminated?

As the immune system continues to weaken from the overgrowth of yeast and its toxic by-products, more infections are introduced and then more antibiotics prescribed; creating a dangerous and unhealthy vicious cycle.

If the overgrowth of yeast is not eliminated, it changes form into a pathogenic, disease producing, fungus with roots causing a myriad of symptoms. It burrows its roots into the intestinal walls perforating them causing a leaky gut.

This action allows the Candida yeast/fungus to penetrate into the bloodstream causing a systemic yeast infection called Candidiasis.

You do not want a Candida Infection to get this far because it puts tremendous stress on the entire body. It will take a long time to eliminate the infection at this point, but it can be done over a period of time.

The longer the Candida organism lives systemically in the body, the greater number of symptoms can develop.

Since Candida symptoms can vary from person to person, it is important to understand that there can be potentially hundreds of symptoms linked to the yeast overgrowth that is causing the Candida infection epidemic.

Emotional/Mental Imbalances Can Be Symptoms of an Overgrowth of Yeast...

Emotional and Mental Imbalances including depression can be a part of the Candida infection epidemic; as they go hand in hand with a systemic illness related to a chronic yeast overgrowth.

A leaky gut allows the fungus and toxins to travel to the brain, especially if the liver is overstressed.

Unfortunately negative labels are given when you are imbalanced emotionally/mentally, implying that psychosis or neurosis, also called psychoneurosis is your initiating cause, but please do not believe in this.

Healing The Body And Mind As A Whole Will Go Along Way In Helping To Take Care Of This Imbalance.

Candida overgrowth can be treated simply by killing the excess fungus which in turn gets rid of the toxic by-products that are causing the body to produce the many symptoms from the overgrowth of yeast.

Misconceptions and Confusion Associated with The Candida Infection Epidemic... 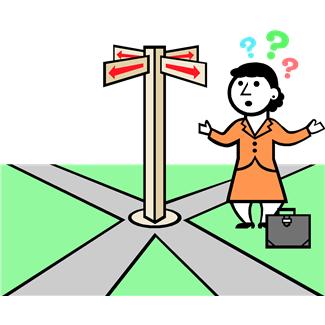 There is a slue of confusing and misinformation about the overgrowth of yeast and the Candida infection epidemic than almost any other health topic out there.

The Anti Aging Resource Center has done a vast amount of research on Candida Albicans and the many methods available on the web to successfully eliminate Candida overgrowth; simply because we wanted a better understanding of the Candida infection epidemic and to better assist our readers with this havoc wreaking fungus.

Confusion of the Candida Infection Epidemic And The Best Way to Cure It.

There are companies and people out there that want you to believe “The only substance ever shown to actually destroy the Candida and yeast organism on contact is oxygen.” This is a direct quote from the many sites out there claiming this to be true.

This is simply a farce!

The intestinal tract is Anaerobic; it does not require oxygen to thrive.

Trying to put oxygen into the intestinal tract with the one hundred trillion anaerobic micro organisms living in there, will only create devastating problems for this anaerobic environment..!!

And, in turn will cause more health problems.

Then there is the Silver Collide method; wow, we should all know that introducing heavy metals into our system is suicidal.

And, ThreeLac encourages you to use their product every day for the rest of your life, spending thousands on it. People think it helps them a little, simply because the hype it so great and, the financial gain from this deception is in the millions of dollars.

What ThreeLac, 5Lac and any other probiotic does is simply help replenish depleted gut flora after taking antibiotics. It does not and can not kill the overgrowth of Candida yeast in the gastrointestinal tract, let alone elsewhere in the body.

These are just some of the farces out there that companies and people are promoting; just to get your money!

There is no better way to cure a Candida Infection than holistically and naturally with foods! Period..!

This promotes systemic health, which in turn, gets rid of ailments, and provides longevity and anti aging benefits!

And this is a life long cure, not some temporary relief of symptoms.

If at anytime you need to take antibiotics or steroids, replace the healthy bacteria in your gut with acidophilus for 10 day’s after you finished your last dose; eat yogurt or take a probiotic supplement. If you are a woman on birth control, regular use of acidophilus is recommended.

The acidophilus suggestions are providing you are not taking any other precautions against a Candida Infection such as; a Candida Diet that provides a strong healthy immune system and eliminates and kills Candida overgrowth.

Are women more susceptible to this Candida epidemic?

The answer is yes! But remember, this epidemic does not just affect women; it is affecting 85% of the American population.

A growing number of women are being diagnosed with a Candida infection, according to alternative experts.

Women are suffering with a variety of symptoms including constant fatigue, constant extreme bloating (distended abdomen), fibromyalgia, skin disorders and aching joints and this list goes on.

This happens when the activity of estrogen receptors is altered by taking contraceptives, hormone replacement drugs, and because a woman’s oxidation rate is slower than a mans, the body has a harder time expelling substances.

The most common Candida problem found in women is a vaginal yeast infection. The Candida albicans organism has over multiplied in the vaginal area, leading to irritation, burning and discharge.

The Connection Between Autism
and a Candida Infection...

An excerpt for Jenny McCarthy’s interview with PRWeb.com about curing her son Evan’s Autism:

“He’s got yeast.” I was like, “What’s Candida?” People don’t realize it, and it’s not only in these autistic kids by the way. My sister was loaded with it.

That’s how we diagnosed my sister. She had chronic illness and found out through Evan that she had Candida. And, Evan started to come out of autism completely after I killed CANDIDA!!!” 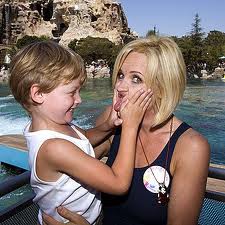 Jenny McCarthy has also said, that she believes her son's autism was triggered by vaccinations he received as a baby and that an anti-fungal diet is primarily responsible for the remarkable improvement in his condition.

Jenny made other comments in an interview with Larry King that her son Evan was diagnosed with autism in 2005 at the age of 3. Jenny explained:

A lot of these kids have Candida, which is overgrowth of yeast. After I cleaned out Evan’s Candida - and I’m going to say this very clearly - he became typical.

She has written a book about her experiences with Evan, 'Louder than Words: A Mother's Journey in Healing Autism'.

There are plenty of testimonies and people curing a number of seemingly unrelated health concerns out on the web like multiple sclerosis, Autism and the list goes on; simply by curing their Candida.

Autism is growing tremendously! Now a days there are 1 in every 150 children diagnosed with some level of Autism and many doctors now believe that Autism is linked to vaccines and a Candida Infection or yeast overgrowth. This Candida epidemic has grown in leaps and bounds in just the last decade.

The Candida infection epidemic is a controversial, misunderstood and misdiagnosed condition and perhaps the most ignored epidemic worldwide.

But thanks to the internet, more and more people are becoming aware of the Candida Infection Epidemic and the relationship it has to the many health problems it causes.

Benefits of a Candida Program:

The best way to determine if a Candida yeast infection is a problem and present is by evaluating the many Candida symptoms that can be created by an overgrowth of yeast and then take a Candida home spit test.

Learn how you can live a Healthy and Candida free life and avoid being part of this Candida Infection Epidemic, visit YeastInfectionNoMore.com and start your cure today,,!!

Two formats are provided to learn more about this Yeast Infection No More™ program. Click the link above for the readable format and the flashing banner for the video. 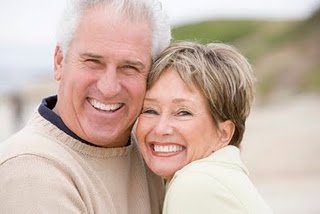 The Anti Aging Place For Everyone!

Lower Body Cellulite You're Not Stuck With It

A Strong Core is Vital to Over All Health

Get Rid of Candida Overgrowth Forever and Stop Bloating!

All Rights Reserved - AntiAgingResourceCenter.com is a Division of BHW Enterprises, LLC. A Beauty, Health and Wellness Co.

This site has been created as a collection of anti-aging resources for informational purposes only.